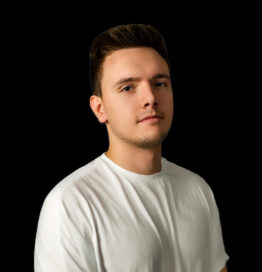 At the age of 22 Raphael Pardyak aka Crunkz almost reached 500.000 subscribers and over 119 Million views as one of the most successful DJs worldwide on Youtube.
In 2011 he began to upload his mixes on Youtube under the alias “Crunkz” and it didn’t take long for him to grow a huge fanbase.
His unique and quick style of mixing and that he got influenced by nearly every type of genre makes an experience out of every mix and every single one of his live shows.
This could already be seen on big festivals like “Open Beatz” or “New Horizons” and the most significant clubs in Germany, the “Neuraum” in Munich and the “Bootshaus” in Cologne.

Musically, Crunkz has done well since the release of “It’ll Be Alright” on Hardwell’s label Revealed Recordings in late 2018. His Track “Hold On” was released on Future House Cloud
and supported by many DJ’s including well known acts like Lucas & Steve or Yves V. His follow up release on Future House Cloud called “Continue” even made it to “Rock in Rio”.

With over 25,000 downloads of his mashup packs last year, there’s no doubt Crunkz Mashups were played by countless DJ’s. They were not only played on the biggest stages
by german stars like Keanu Silva or LeShuuk, but also by internationally famous acts like Tiesto, Carnage, KSHMR, Sam Feldt, Dannic or Mike Williams.

2019 was the most successful year yet for Crunkz with a lot of breathtaking shows and we are sure, that 2020 will be even more successful.

Up & Coming – Next Steps For Your Career