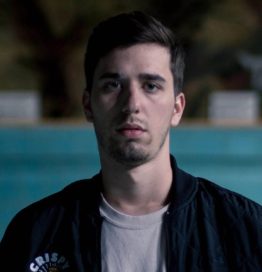 Karol was born in Schwäbisch Hall and grew up in Augsburg, Germany.

At the age of 7 he started playing several instruments like drums/percussions, french horn and guitar. As a teenager he began recording himself and programming drums on his computer. With the time he explored more than simple recording arrangements and grew his musical interests into different genres of electronic music like Dubstep, Trap and Electro-House.

In 2013, with just 16 years, he teamed up with his hometown friend Psychic Pressure and Moshbit Records for their first record deal and EP release. He started DJing at clubs and gained his appearance. Along with the Augsburg based Drum & Bass DJ and Producer Sirios Hack, they began hosting their own bass music events.

In 2014 he started to produce more experimental and Hip Hop inspired music and finally launched a duo project with Psychic Pressure called Next Order which kicked off with a release on the EDM.com network and support from the scene.

Today he is signed to Crispy Crust Records and released on Trap & Bass, Elysian Records, Ouroboros Records, Riotville Records, Play Me Records, Riot Riot Records, Moshbit Records and WE ARE YZZY. YZZY, his own Label and event series, was launched with his clique back in 2013.

With support from Ekali, Baauer, Drunken Masters, Eskei83, Donkong, Marten Hørger, Stanton Warrios, RL Grime, Minnesota and a lot more he is definitely one of the Artists to watch! Be prepared for more…