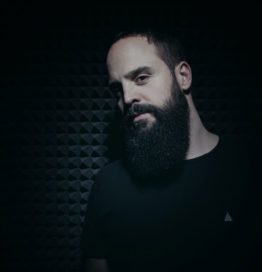 In 2017 it was the special 25 years anniversary when ASK:ME started his hobby to be a DJ. He practiced after school in the club where he worked behind the bar – yes seriousy he worked with just 15 behind the bar in a nightclub in his hometown. His first set was in this night club in Ingolstadt where he spun his first records in a age of 15. It was one of his most magical moment and soon his hobby became his lifetime part. He played for many events in his hometown and nearby. After 4 years spinning in his hood he felt like to do the next step and moved to Munich where he started a few residencies at the legendary Fat Fugo or Mandarin Lounge where he played with the likes Woody, Sven Vath, DJ Hell just to name few and many more shows at the legendary Ultraschall, Parkcafe, KW ect…. Then he became part of Partysan where he hosted events like Rave On Snow, Thai Break, Rave On Cruise and yearly Love Parade Berlin with own trucks with them. His biggest strike in the early years for which he is still proud of – he was part of Pulverturm, where he became also a resident till the end. The legendary Sundays had guest like Loco Dice, Chris Liebing, Sven Vath, Richie Hawtin, Westbam and more. While that time he also reached many international gigs and played show in Spain (as example at Moog Barcelona), Russia, Austria, Switzerland (Streetparade, Rohstofflager, Supermarket in Zurich) just to name a few. His biggest show in his young age which he still remebers was def. the Millenium Beach Party of San Miguel at Boracay Beach, Phillipines. Many shows follow from Space or El Divino Ibiza to Club Most Moscow, U60311 Frankfurt, Tribehouse Neuss, Sage Club Berlin, Distilary Leipzig, 2019 Istanbul, Le Rachuinges Girona, Blueparade, L&M Festival Chilabrinks, PopKom, MTV Events, SonneMond&Sterne, Club Color Kestay ect.
There were no big artist in that time he hasn ́t played with. 2007 he started with producing tracks and did several collaborations with George Morel or Jean-Claude Ades or Jerom Isma- Ae, Joe T. Vannelli and others. Labels like Ministry Of Sound, Groove On, Frequenca, Swing, Opaque, Rise Up where on his Discography back in the days. In 2014 it was time for changes. He changed his alter ego to ASK:ME and started touring and producing under this new alter ego. First he released most of his music on the own imprint, Rotfenstermuisk which he runs with his studiopartner. Then releases on Groove On, Frequenza, PinkstarBlack and International Deejay Gigolo Records, Raving Society followed.

The 25th anniversary was reason enough for FAZE Mag to do an interview for their March 2017 issue. http://www.fazemag.de/

Next to all single or E.P. releases a huge compilation with 25 tracks to celebrate 25 years accompanied his Tour. This included tracks by Marek Hemmann, Monika Kruse, Steve Lawler, Hollen, Noir, Solee, Kollektiv Turmstrasse, Rodriguez Jr and many more…

2018 and 2019 been pretty busy for him with some releases again on Gigolo Rec, also Raving Society and he was always part of key events like WCD Pool Sessions, Neverlands NL (2018), Homerun Open Air, Panama Open Air Festival, World Club Cruise and some more. He was also guest at Ibiza Global Radio for a 1 hr live set in Ibiza.