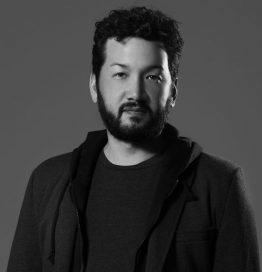 Mikio Gruschinske calls himself a „modern gypsy“ who has finally found his home in the beautiful city of Dusseldorf after having lived in Hamburg, Kiel, Bonn, Tokyo, Rome, Siegen, Gelsenkirchen, Essen…

He started producing electronic music during his highschool time and while studying Economical IT he moved from an internship at an independant label in Dusseldorf (Poison Recordings / Taaach Recordings) to labelmanager. The new millenium brought him from the music scene to the TV biz, where he was working as editor for Brainpool in Cologne, but never letting the DJ and producer dream, go. Finally, in 2003 he started a DJ project called Plastik Funk with his friend Rafael Ximenez. Over a decade later, after having played every continent and most of the major festivals such as Loveparade, Tomorrowland or Ultra Music Festival, he decided to leave the touring DJ path and focus on the studio work again. In 2017 he took over the position as A&R and international A&R at Germany’s well known WEPLAY Music, now being responsible for signing, developing artists as well as weaving an international network of labels to represent the WEPLAY catalogue.