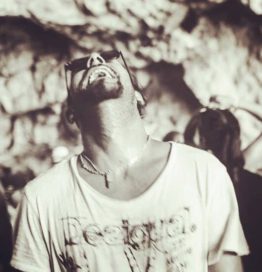 Versatile, creative, focused and dynamic – always having been based in Nightlife, Stephan Amount knows how to enthuse his audience. His electrifying Deep-, Tech- and Future-House-Sets often cause the contagious hands-up-syndrome, which makes it unsurprising that the Munich artist feels at home at scene-hotspots in his home town. Performing solo or together with acts such as Sander van Doorn, W&W, Don Diablo or Tom Novy, he has been playing in Munich’s hottest locations, including Pacha, Neuraum, Call me Drella, Heart, 089-Bar or Helene, for over 15 years. Plus: for 2 years in a row he is winner of the MUNICH NIGHTLIFE AWARD as best DJ electronic Music in 2017 and 2018.
Stephan’s remarkable passion for the music and the crowds has also been in demand beyond the borders of the Bavarian capitol. His gigs have led him to Austria, Croatia, Egypt, Tunisia and finally THE Island: In 2015 the artist celebrated his premiere on Ibiza. As part of the event series “Timeless” he performed at the popular Lío club with the host Tom Novy. As a result, he decided to go deeper into the music business. His first single “Know You” debuted in April 2016 on Novy’s Label Nouveau Niveau. A follow-up is already waiting in the wings and will appear on Fedde Le Grand’s label Flamingo Records. Stay tuned….