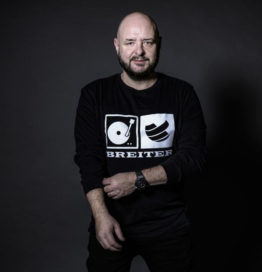 Bernd Breiter, “nightlife innovator” (Forbes), has revolutionised the clubbing game over the past decade, introducing new and groundbreaking dance music experiences. First entering the scene at the age of 17, Breiter immersed himself in dance music and built his own recording studio. Recognising club music as a defining genre that gives people the ‘weekend feeling’, Bernd aspired to bring this to the masses and thus the BigCityBeats brand was born. BCB embodies the allure of a club with the essence and community experience of a festival, providing one of a kind events that leave a lasting impression on audiences. The concept first took shape as a weekly radio show on BigFM, before branching out into publishing under BigCityBeats Recordings. The imprint oversaw the release of Guru Josh Project’s ‘Infinity 2008’, which subsequently became the most successful dance music track of the year.

Breiter’s first great achievement in the events space came with the debut edition of BCB WORLD CLUB DOME in 2013, held at Frankfurt’s Commerzbank Arena. Dubbed the biggest ‘club’ in the world, the 3-day party proved to be a resounding success and in 2015, the BigCityBeats ICE Club Train; the fastest ‘club’ in the world, was introduced as a way to transport clubbers to the flagship event. The company’s next venture saw the rebuild of a Boeing 747, as it was transformed into the BigCityBeats Club Jet, offering ravers a unique clubbing experience at 12,000 metres above ground. With air and land conquered, Breiter turned his attention to the sea and in 2017, the BCB WORLD CLUB DOME Cruise Edition came to fruition, quickly gaining its title as the largest floating ‘club’ in the world.

The next jaw-dropping endeavour garnered 1 billion media impressions, as the first BigCityBeats Zero Gravity edition made headlines as the first ever ‘club’ in complete weightlessness. Proving that ‘the sky is not the limit’, Bernd then took his gravity-defying mission quite literally, out of this world, making history in 2019 with the first ever DJ set from space, performed by ESA astronaut and commander Luca Parmitano from the ISS.

The unstoppable events brand has enjoyed sold-out editions in Frankfurt, Düsseldorf (Winter Edition) and Korea, extending its unique clubbing experience to Maltese audiences in 2020 for the Island Edition. The debut Snow Edition is set to take place at the iconic Jungfraujoch in the Bernese Alps in December proving that there really are no limits to where BigCityBeats will build their events. It’s anyone’s guess what Bernd Breiter will come up with next!