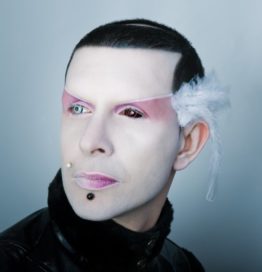 U Lee aka Ulrich Rauschenberger has been part of the electronic scene for almost 18 years now. He started out with the party brand Loonyland 2003 and soon after became the main booker and program manager of the Bootshaus in Cologne, Germany. Here he has worked since 2004 and has been one of the thriving forces behind the success of the Bootshaus. Being the Nr.8 club in the world and hosting stages at festivals such as Parookaville, Mysteryland, Electric Love, Sonne, Mond & Sterne and New Horizons, the Bootshaus has become a house-hold name in the international scene. As a booker U Lee has worked as the main stage booker for brands such as World Club Dome, Parookaville, Open Beatz and Airbeat One in the past. Recently booking the Bass stages at festivals such as Parookaville, Mysteryland, Electric Love, Sonne/Mond & Sterne and the main stage at Open Beatz. Simultaneously he runs a booking agency called Book Kings in Cologne, Germany. Here he looks after acts such as Neelix, Marika Rossa, Ookay, Drezo, Atrip, Mausio, Ostblockschlampen, Kompany, Atliens and many more for the European or even worldwide market.